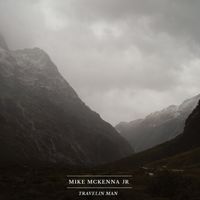 From the recording Travelin Man

Edward Huxley was a travelin man, lived by the lake in a broken down van
Told me stories of the Mexico night, losing all his money and losing his pride

He found himself squattin on Indian land, oh it wasn't taken well by the locals back then no
Well the beat him up and left him on the side of the road, but the travelin man he wasn't ready to go

He was rallied by the police down on Highway 5, with a busted up noggin and two black eyes
Well they gave him 5 bucks and a pat on the back, he ain't never had a run-in with the coppers like that no

Cuz you can't tell a free spirit how to live his life, and he always keeps movin and always packs light
He'll never be remembered like a mighty oak tree, cause he'd rather cross the desert like a tumbleweed